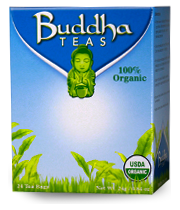 Solomon’s seal root tea can be used for a variety of purposes. The most notable quality of this plant is its demulcent property. This tea provides moisture to the mucus membranes as well as the throat. This makes it very useful for soothing an inflamed or irritated throat or digestive tract. It has also been used to treat irritated lungs. Solomon’s seat root tea is beneficial for many female ailments. It is believed to provide the same soothing and moisturizing properties to the uterus and vagina that it offers to other areas of the body. It may help to lighten menstrual bleeding, ease cramps and treat PMS in general.

Some fans of Solomon’s seal root tea believe that this is a natural aphrodisiac. In ancient times, Solomon’s seal root was steeped in water to create a beauty treatment. This treatment was especially popular in Italy where women would wash their faces in the water to get rid of freckles, spots, and wrinkles and generally soothe the skin. The natural moisturizing properties of the root may indeed help to create healthier skin by providing it with ample moisture. Tea made from Solomon’s seal root has so many purported benefits it is considered by some to be a cure-all for anything that ails you.

Solomon’s seal root tea is typically made by steeping pieces of the plant root in hot water for about 10 minutes. As it steeps, the root swells and becomes very easy to remove from the cup without the use of a tea strainer. You can also purchase prepared packets for making Solomon’s seal root tea. The tea has a sweet and nutty flavor that many people enjoy alone. You can also sweeten the tea with honey or molasses. The recommended dosage for this tea is usually two to three cups each day to heal common ailments. Never exceed three cups without talking to your doctor.